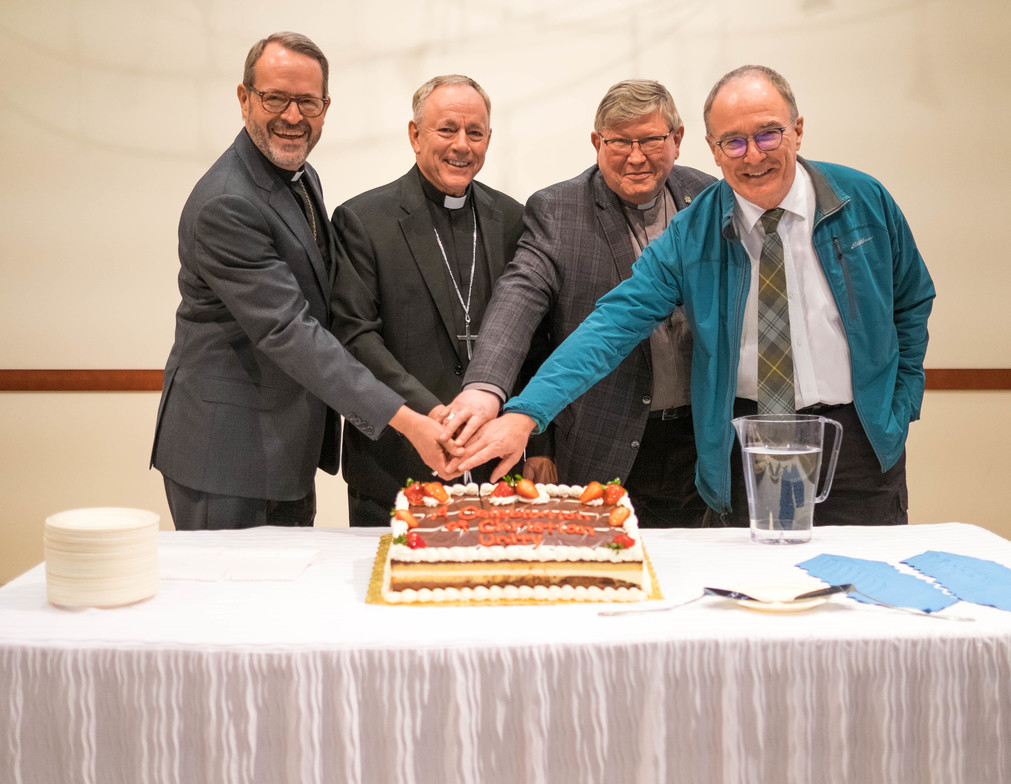 In 1999 Roman Catholics and Lutherans signed a Joint Declaration on the Doctrine of Justification, one of the controversial topics of the 16th-century Reformation.  Since then Anglicans, Methodists and the Reformed communions have affirmed the Joint Declaration as well.

On behalf of Archbishop Skelton, Archdeacon Leggett represented the Diocese at the celebration of this important event held at Saint Clare of Assisi Roman Catholic Church in Coquitlam.

May this be one of many opportunities for our three communions to deepen our unity in Christ.

Prepare the Way of the Lord Not Apathy. Not Anxiety. Just Faithful Discipleship Time

Subscribe to receive email updates with the latest news.